This page contains information and images relating to the railway history of Horspath.

The entire track was relaid to the Great Western Railway standard gauge of 4ft 8’5 inches in 1870.

In 1969 the track was lifted except for the final stretch beside Unipart.

A more comprehensive history of the railway will be found on the Horspath Archaeological and History website: Horspath Railway Timeline

The following images were supplied by Keith Brooks who discovered them when doing a clear-up. We don't know who the photographer was or when they were taken.

Please let me know if you have any information about any of the images. 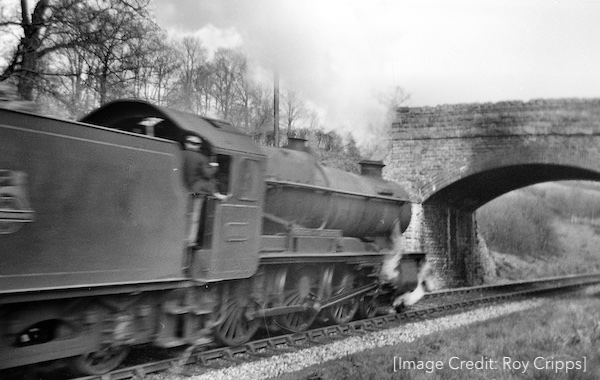 A British Rail County Class engine approaching the bridge. The train would have been diverted from the Reading main line for some reason. Possibly the only County Class to have travelled over this line. 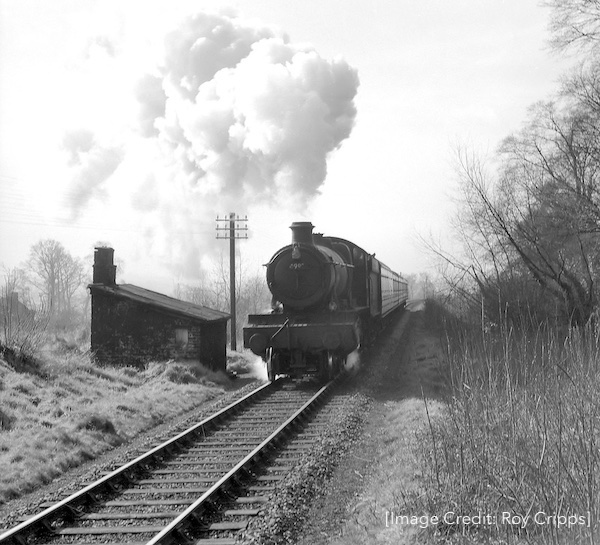 A Hall Class engine hauling a train just before Butt's bridge. Judging by the number of carriages this was probably a local train, in which case it would be an unusual working for a Hall Class.
The hut was used to store line side equipment including detonators which were occasionally put on the line by local lads, having broken into the hut. 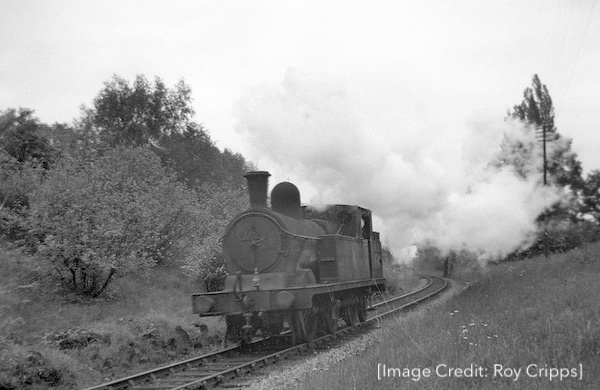 A lone engine approaching the tunnel. 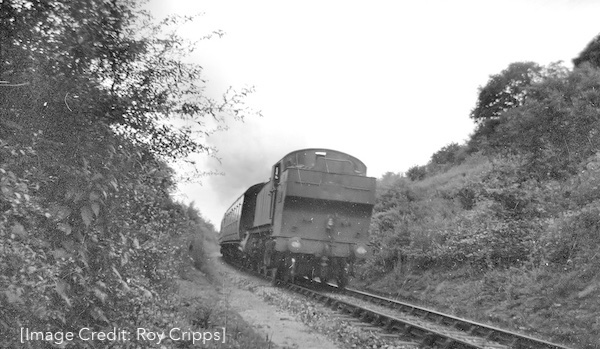 A "6100" Class engine hauling a local train between the bridge and the tunnel. This Class was the usual for local trains on this line. 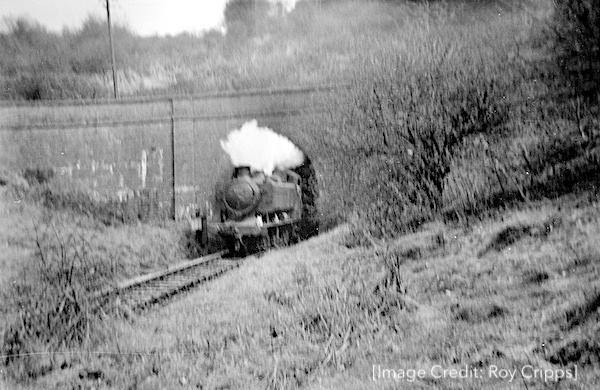 A Panier Tank engine emerging from the tunnel. 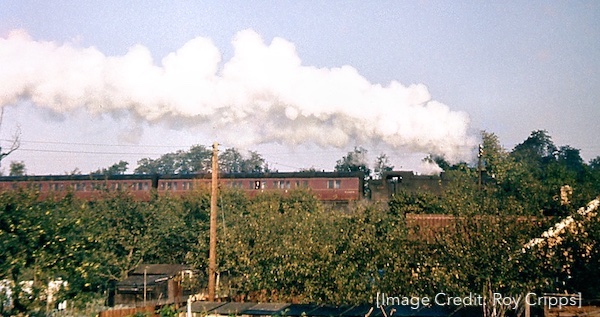